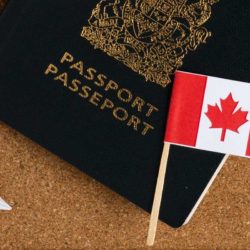 The American Dream is a Canadian Reality

On September 5, 2017, Attorney General Jeff Sessions announced that the American Immigration Policy, Deferred Action for Childhood Arrivals (DACA), is being rescinded. DACA was founded by the Obama administration in June 2012. It allowed certain illegal immigrants who entered the country as children with their family to receive a two-year period of deferred action from deportation and eligibility for a work permit. Nearly 1 million of these youth were enrolled in the program by 2017, many of whom are prime Canadiates for Canadian immigration.

To qualify for DACA, applicants must meet the following major requirements, although meeting them does not guarantee approval:

The program does not provide lawful status or a path to citizenship, nor does it provide eligibility for federal welfare or student aid.  However, the program brought hope, it allowed these youth, who grew up in America and have established their lives, to further contribute to the American economy.

While the Trump administration spends their hours tackling policies established during the Obama administration, the Candian Government is strategizing to reach out and invite the same kind of individuals who were benefiting from DACA. These illegal youth who are heavily motivated, educated, and have integrated into western society are the kinds of candidates Canada searches for through the Express Entry program.

Regardless of being an illegal immigrant, these individuals are eligible to apply through the Express Entry program and potentially immigrate to Canada. When an invitation is received, once processed through the Express Entry pool, the individual is invited to Canadian permanent residence. Permanent residence allows for them to work, apply for a drivers license, have access to health care, and can work their way to Canadian citizenship within 4 years.

On Jan. 12, 2022, the government of Ontario issued 502 Notifications of Interest (NOI) through its Human Capital Priorities Stream.

Express Entry candidates with scores between 464 and 467 in the Comprehensive Ranking System (CRS) were eligible for the NOIs. This recent round targeted candidates with experience in the following National Occupations Codes (NOC):

The PNP is only one of the many programs open to foreign nationals who want to immigrate to Canada. Other than government policy, immigration trends also reflect international developments. According to the Express Entry Year-End Report of 2020, the IRCC started to focus on Canadian Experience Class after the COVID-19 pandemic began. In 2019, about half of all Invitations To Apply (ITA) were issued to candidates from the Federal Skilled Worker category. In 2020, that number dropped to 32 per cent. However, the government of Canada is projected to draw more than 25 per cent of 2022’s immigrants from the Federal High Skilled category. This includes popular immigration streams such as Federal Skilled Worker, Federal Skilled Trades and Canadian Experience Class.